Dr. Santosh Vijaykumar at Northumbria University's Department of Psychology is starting a project on how the chat service WhatsApp potentially spreads misinformation among elderly during infectious disease outbreaks. The research is funded by a WhatsApp Research Award for Social Science and Misinformation. 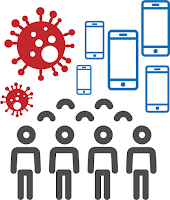 Public health agencies globally are facing a new challenge for managing the spread of Infectious Disease Outbreaks (IDO) – the parallel spread of rumours and misinformation via social media. WhatsApp played a significant role in this phenomenon during the May 2018 outbreak of the Nipah virus in South India, which claimed 17 lives, leaving health agencies struggling to manage public anxiety. Research on misinformation effects has shown that older adults are more vulnerable to misinformation compared to younger age groups. Diminishing cognitive abilities and memory recall limit their capacity to differentiate between various attributes of misinformation and original information, such as its source and authenticity.These problems can be exacerbated in a context like India where a confluence of cultural, religious and political norms can combine with misleading information resulting in competing narratives of the ‘truth’.

This project will examine WhatsApp as a ‘vector’ for the spread of misinformation about IDOs amongst older adults in South India, focusing on ‘forwards’- messages with original sources other than the sender (whether or not accompanied by a personal message). As part of this, it will analyse the information vulnerabilities associated with this age group, to inform strategies for combatting the problem. This study will be situated in the southern Indian city of Bangalore (Bengaluru), known as India’s IT hub, which has recently grappled with IDO scares including Nipah and H1N1.

Newer Post Older Post Home
Subscribe to: Post Comments (Atom)
Click here to join our mailing list!
In the Digital Disruption Network, companies and organisations work together with academics to explore deep, future-oriented research questions related to emerging digital technologies. Follow the links above to learn more about the network, our partners, how to join, and how to collaborate and do research with one of our Special Interest Groups!